In our ordinary language the word assumption suggests taking something for granted. I might say to someone who accused me of stealing R100 : You just assumed that because I was the last person in the room, that I stole the money. I can assure you, that was a false assumption! But as Catholics the word assumption has a theological means and it is usually written with a capital A. This helps us to recognize how the word is being used. To be a bit pedantic we might say Its not a rash assumption to believe in the Assumption!. The Eastern Church avoids any possibility of confusion by using a different word altogether. The word dormition (falling asleep) is used to indicate the end of Marys life on earth and her being taken into glory in heaven. Our Catholic faith has always been clear that at the end of her life Mary was taken body and soul into the glory of heaven. This belief in Marys Assumption is really a belief in the fullness of Redemption as experienced by her. As the most fully redeemed she is taken in the fullness of her person into the glory of her Son. Marys Assumption into heaven is more than a grace-filled prerogative for her; it is for us a vivid parable of what will be: The Virgin Mother of God was assumed into heaven as the beginning and image of your Churchs coming to perfection and a sign of sure hope and comfort to your pilgrim people. The destiny of all the redeemed is their glorification in Christ; we see this already achieved in Mary. Full of grace from the beginning of her existence, her being taken into glory completes in her what God has in store for us all. Our Marian dogmas are not therefore exclusively privileged-centred with the risk of making Mary distant from us; rather they are expressions of what God wants for all of us. He wants all of us to be free from sin (echoed in the Immaculate Conception) and he wants all of us to share fully in the glory of his risen and Ascended son (echoed in the Assumption). Mary remains close to us, our mother, our sister, our perpetual help. 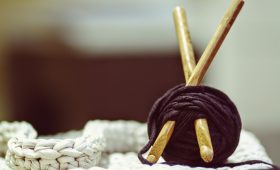 A WORD FROM YOUR PARISH PRIEST19th July 2015